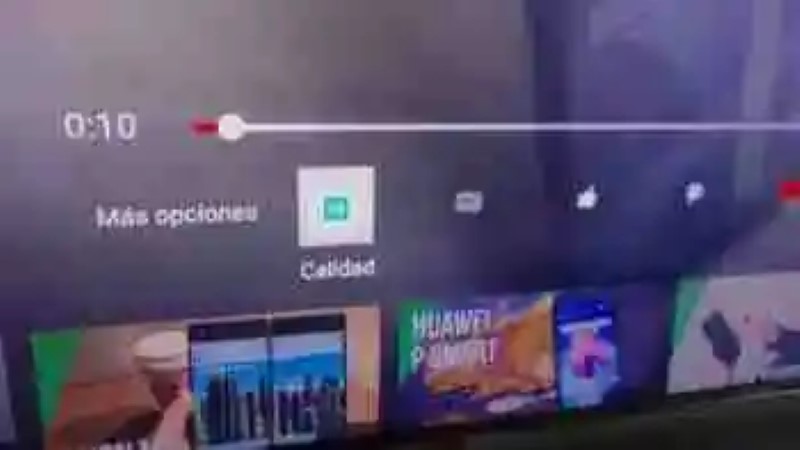 Youtube for Android TV has been recently updated. On the Sony tvs has been this week, but other devices such as the PlayStation 4 already had this option a while ago. What is known is that Google is reshaping the application of Youtube for tv, from the official to the Apple TV. A few expected changes to prepare for the arrival of Android TV 8.0 and adapt to the rise of content in 4K this year already begins to be quite common.

The application has received a new design, and has changed the site some menus. Although it is not precisely this small renewal that he has called us the attention. In addition to an improvement of its archaic design, Youtube to television has enabled a small very useful option.

► ‘The LEGO movie 2’ gets new trailer, old friends and more problems detachable The next month of February will come th...
► Xiaomi prepares for a massive update: 14 models will receive Android Nougat Xiaomi is a manufacturer that launches seve...
► Best of the sixth season of The Walking Dead in 17 animated GIFs In 17 animated GIFs. The Walking Dea...

How to change the resolution of Youtube videos to Android TV 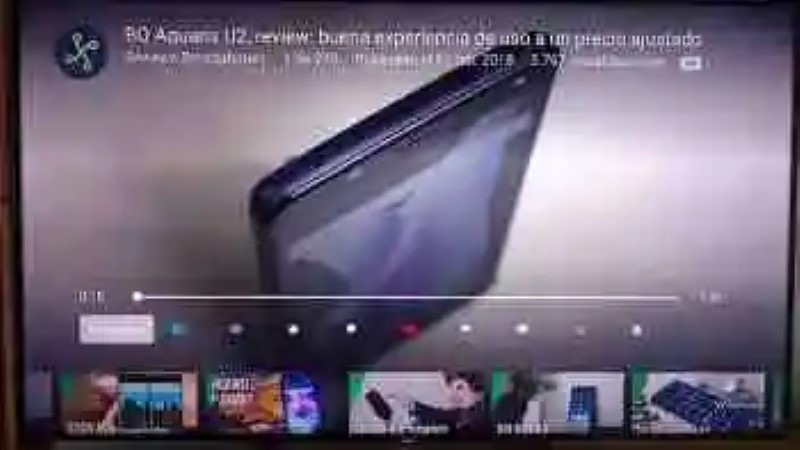 To date, if we had a tv 4K and iniciábamos a video that supported this resolution, only if our internet connection was powerful enough, we activated the highest quality. That is to say, if the video was in full hd and 4K, what’s more normal is that we see only in full hd because the WiFi did not give much more. And here there were a lot of problems, because one can consider that your network is powerful enough. In the end what many optábamos if we wanted to see the maximum quality was to connect directly the Ethernet cable. Now there will be no need to do anything.

Youtube for Android TV incorporates a button to be able to manually choose the resolution and quality of videos that we want to see. It was a setting in the mobile application itself had inexplicably on the television not. From now on, solves a small problem.

To be able to view this button, we only need to go to the video chosen. Press enter to display the navigation bar, go to more options and there’s the first button will be the quality. Just looking at it will tell us the resolution, but now in addition to we can push that will take us to a list with the different configurations that supports the video. 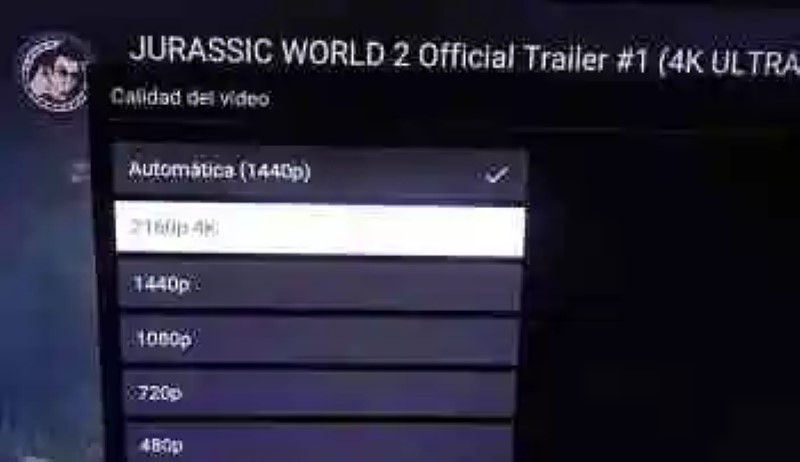 If you click on a specific resolution, the video will load to that quality regardless of the speed of the WiFi that we have.

it Is a setting very useful for example when we want to see the last trailer in 4K has come out, or if you just want to enjoy the videos that take full advantage of the quality of our Android TV. Unfortunately still no option to turn the HDR.

If you have a tv with Android TV, we advise you to try this little option. On the contrary, if you have a tv of Samsung or LG with another operating system, you’ll also be able to try it because this option is to be implemented in nearly all versions of Youtube for television. A small step to be able to enjoy the content in the best quality.

In Xataka Android | Android TV, analysis: all of the tricks and the best apps to squeeze your tv

–
The news Youtube for Android TV finally let us manually choose the quality of videos was originally published in Xataka Android by Enrique Perez.

Sex and Android, today Kamasutra premium
Within the app store Android , the Play Store or the old Market, find ...
‘Iron Fist’ would have a second season with new showrunner: one of the screenwriters of ‘Elektra’ (seriously)
'Iron Fist' it is, far and away, the series of the Marvel universe worst ...
Chrome 74 for Android: direct access to the translation of websites, dark theme, basic mode, and more news
The current stable version of Chrome begins to upgrade to the version 7...
Adobe and Adobe Slide Ink, digital pencil and ruler to iPad
> odd"> Adobe enters the market for hardware design with two acce...
Bibliography ►
Phoneia.com (February 23, 2018). Youtube for Android TV finally let us manually choose the quality of videos. Recovered from https://phoneia.com/en/youtube-for-android-tv-finally-let-us-manually-choose-the-quality-of-videos/

This article was published by Phoneia, originally published in English and titled "Youtube for Android TV finally let us manually choose the quality of videos", along with 18986 other articles. It is an honor for me to have you visit me and read my other writings.
◄ Samsung resumed the update to Android 8.0 Oreo for the Galaxy S8
Series adaptation of ‘The dark tower’ still alive: Amazon will be your home ►