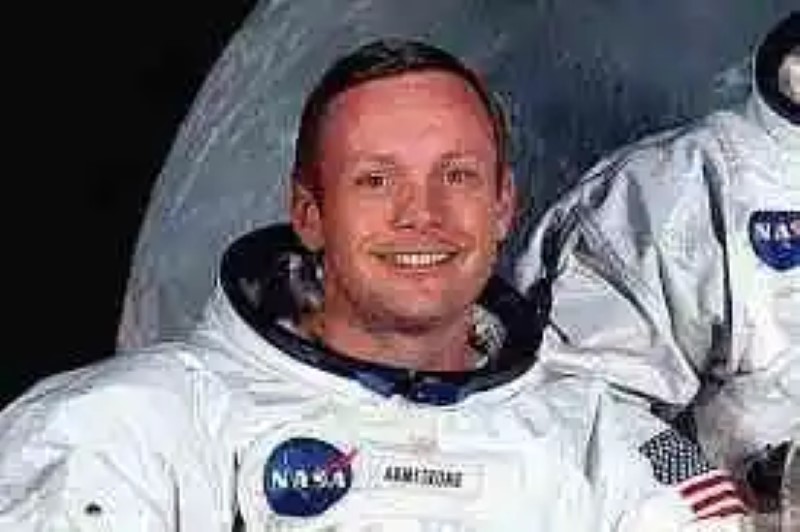 Aerospace Engineer, Pilot and Astronaut, historically recognized as the first human to set foot on the Moon, as well as being the commander of the Apollo 11 space mission. Similarly, in 1966, he was the pilot of the Gemini 8 mission, which aimed to make the first coupling between two spacecraft, which was successfully carried by Armstrong and his companion, pilot David Scott.

► The strange rains of things and animals: fish, frogs, snakes In the world there are very strange and atyp...
► The Devil’s Tarot Card Meaning: Kabbalah Symbology With the name The Devil's this c...
► Man had to decide between saving his girlfriend or his ex The unusual case occurred in China in early ...

He is also recognized as an active member of the Boy Scout, an organization he greeted during his trip to the Moon, carrying with him the World Scout Badge, as part of the few objects he was allowed to take from Earth to the Moon.

His father’s profession led his family to move continuously through the U.S. territory. According to his biographers, the passion for airplanes was born in Armstrong at just two years old, when his father took him to see an air racing exhibition in Cleveland. Three years later, in 1936, and at only five years old, Neil Armstrong had the opportunity to make his first flight, aboard a Ford Trimotor, christened Tin Goose.

In 1944, when Armstrong was fourteen, the family finally returned to Wapakoneta, where he resided permanently thereafter. Neil Armstrong continued his secondary studies, for which he entered Blume School. Also, at this time he began to receive piloting lessons. By the age of sixteen he had obtained his certificate of passing the flight course. That same year, even without a license, he made his first solo flight.

Similarly, during his childhood and adolescence he had excelled as a member of the Boy Scouts organization, where he achieved the highest rank of Eagle Scout.

At the age of 17, he began his studies at Purdue University, where he entered in 1947 to study Aeronautical Engineering, thanks to a scholarship from the Holloway Program, which funded his studies, on the condition of studying two years, then served for two years to the United States Navy, and end his career with two years of study.

Indeed, after two years at the University, on January 26, 1949, five months after he was eighteen years old, he was called to the ranks of the Navy, moving to Pensacola Air Base, in order to be trained as a pilot. In eighteen months of training on the ships USS Cabot and USS Wrigth obtained their authorization to fly from aircraft carriers.

On August 16, 1950, he received a letter declaring him fully qualified to serve as a naval aviator, then leaving for Fleet Air Service 7 squadron at San Diego Air Force Base.

In August 1951, he participated in the Korean War, during which he starred in several aerial feats, flying a total of one hundred and twenty-one hours and earning him several decorations, including the Air Medal and the Combat Star. On 23 August 1952, he became a reserve with the rank of lieutenant.

Back at the University he was noted for obtaining the highest qualifications, eventually graduating as an Aerospace Engineer in 1955. During his college years he met Janet Elizabeth Shearon,

However, in 1961, her second daughter was diagnosed with a carcinogenic tumour in the brainstem, from which she was operated, although never recovered, dying on 28 January 1962, from pneumonia.

Career as a Pilot

As for his career, Neil Armstrong began in 1955, as a test pilot at the High Speed Flight Station, belonging to the National Aeronautics Advisory Committee (NACA). Subsequently, he participated in programs carried out by the United States Air Force, in order to take a man to the space, and was also part of the Boeing X-20 Dyna-Soar manned spaceflight.

In 1962 he formally joined Nasa’s astronaut corps. Four years later, in 1966, he was the pilot-in-command of the Gemini 8, starring, alongside fellow pilot David Scott, the first coupling between two special ships.

Journey to the Moon

In 1969 he was assigned to his most important mission: Commander of the mission that would allow the landing of Apollo 11. On July 20, 1969, Armstrong became the first man to set foot on the Moon, uttering his famous prayer: “a small step for a man, but a great leap for humanity.”

On his return to land, he received with Michael Collins and Buzz Aldrin, astronauts who accompanied him on this mission, several decorations including the Presidential Medal of The Libertes, as well as the Space Medal of Honor of the Congress (1978) and the Medal of The Congress (2009).

He never wanted to go back to space, in 1971 he totally resigned from NASA. He then assumed a teaching position in the Department of Aerospace Engineering at the University of Cincinnati, resigning in 1979.

Since his retirement in 1971, Armstrong has become the image of some well-known companies such as the Bankers Association of America. He died on August 25, 2012, in Cincinnati, Ohio, a victim of complications with a coronary bypass at the age of eighty-two.

Karni Mata and the Temple of Rats
In the world there are magical places, of exuberant beauty, but there are ...
Harmandir Sahib: The Golden Temple of the Sijs
In the world, there are definitely wonderful places. Unfortunately, some o...
Fun Facts and Things You Didn’t Know About Albert Einstein
Albert Einstein was a renowned German physicist of Jewish origin, who year...
The true story of marijuana
One of the most controversial aspects of society is the consumption o...
Bibliography ►
Phoneia.com (August 14, 2019). Neil Armstrong biography. Recovered from https://phoneia.com/en/curiosities/neil-armstrong-biography/

This article was published by Phoneia, originally published in and titled "Neil Armstrong biography", along with 18987 other articles. It is an honor for me to have you visit me and read my other writings.
◄ Curiosities of the Middle Ages: strange fashions and customs
Photo a woman walking on Mars? ►