Born in Canada in 1994, this singer, actor and songwriter, known to his fans as Justin Bieber has quickly become a show’s superstar, since when he debuted in the musical world with his single One Time, which went so far as to crown the top ten of at least ten different countries in record time.

Fun facts about Justin Bieber
Born in Canada in 1994, this singer, actor and songwriter, known to his fans as Justin Bieber has quickly become a s... 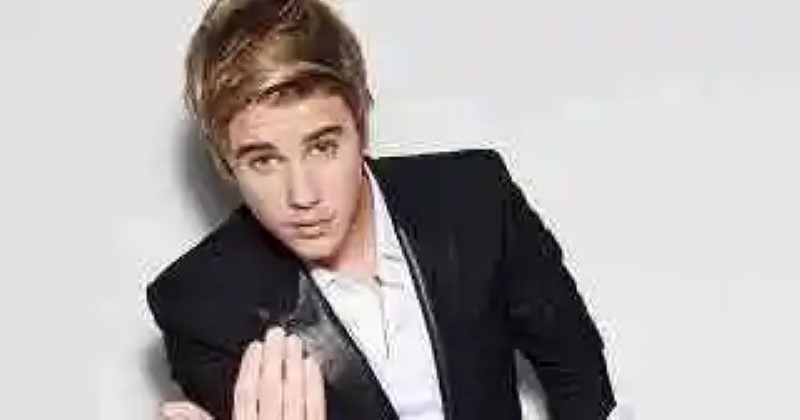 Since then fame and fans have followed this young artist, who has also been awarded numerous times for his success, winning the Artist of the Year award in 2010 in the American Music Award.

► The woman with the longest nails in the world Every woman likes to have a very well-groome...
► The healing properties of parsley For millennia humans have known and managed ...
► The most beautiful woman of the myths The story of Eros and Psyche The myths of every culture are truly am...

He has also become nominated for a Grammy, although he has hundreds of detractors, who have also earned him the “Worst Artist of the Year” award by the My World, organized by the weekly New Musical Express.

However, this type of negative ratings don´t cause this boy’s number of fans to decrease, on the contrary they seem to increase day by day the hundreds of girls, of different ages – because not only do teenage girls faint for him – who see in Justin Bieber a whole sex symbol, to which they follow with adoration, pending to collect any photo or data about his idol.

This is why on this occasion we want to present a list of some facts about this Canadian artist, in order to satisfy the curiosity of his hundreds of fans, as well as anyone who wants to know certain aspects and outstanding data of the personality of this idol of the new generations. Here are some of the most curious facts about Justin Bieber:

One of the gestures that could most touch his fanatic was to learn that this boy, at only twelve years old, took friendship a step further when he cut and shaved all his hair, in order to be in solidarity with a friend of his childhood, which was going through cancer chemotherapy treatment, which had knocked her hair down.

Justin then stood in solidarity with his friend, shaving to accompany him in his healing process, a gesture rated by many of his fans as human and exemplary by this music superstar.

Even though you think that being a famous artist, this guy is used to receiving all kinds of messages, let us inform you that – according to what several internet portals publish about his tastes- Justin does not enjoy receiving messages a little hot by social media.

Likewise, when some fan manages to get his phone number and he happens to answer, he flatly denies that that’s his phone, because it’s something he also dislikes. So if you have thought about declaring your love for twitter or the phone number that got you with effort, think about it better, don’t be that you start being one of the fans who aren´t seen with much grace by the singer.

Another curious fact about this guy’s personality is that he loves jokes, and in fact he’s doing it all the time making them to his co-workers. For example, some of the portals about his life outline an occasion, while on tour, when he filled his DJ’s face with whipped cream while he slept.

It’s also good that you know he loves dolphins, being his favorite animal because he considers them extremely intelligent and tender.

As for his social relationships – according to what some of his biographers say – Justin is a head-on and sincere boy, who loves to stare into the eyes of the people he talks to, so if you ever get him in front of him, you know what to do with your gaze, that you don’t even think about holding your hand more than you should, because although he loves shake his hands and feel that of his fans during concerts and autograph signings, he detests that someone holds it tightly.

We also tell you that Justin Bieber arrived in the world a week ahead of schedule, surprising his mother, with whom he maintains a fairly strong friendship relationship, in fact they have a verbal game, because when Justin calls her and she doesn’t hear it or she doesn’t respond, he then uses adjectives like “Sexy” to get his attention or simply calls her by his first name “Patricia”.

Likewise some portals about his life comment that his first word was: Momma. We also tell you that Justin Bieber has had several pets, however you should know that the one he remembers the most is a little fish that died when Justin Bieber was very young, since the singer wanted to play with him without even knowing that his pet had few chances of surviving out of the water.

About your opinion regarding girls

To begin with, we must tell you – according to what is collected from several portals – that Justin believes that the woman is the one who should take the initiative, approach the boy and tell him that he likes it. He also respects women and does not like to play with his feelings, even though he does not like to talk about it – he has come to cry for some girls, which in the opinion of his fans reveals his level of sensitivity.

Another very important thing to keep about this artist is that he likes to hug very hard and time because of people, however if he comes to embrace you for a long time it is because he likes you.

1.- Another thing we want to tell you is that sometimes this superstar enjoys searching for himself on google, to see what articles they have recently written about it.

2.- One way to know that Justin is in a good mood is to look at his smile, if he is making jokes and laughing all the time is because he is happy.

3.- Also one of the things that he hates most are insects. According to what the pages that account for his life claim, when he sees one can’t stop screaming until they manage to kill him, it seems that this star feels a real phobia.

4.- Finally we tell you that one of the things that Justin enjoys most in the world is to be in contact with his fans, that is with those who know how to behave, because he is quite afraid and avoids at all costs that of crazy and daring behaviors.

The Lost Chapter of Chavo del ocho
Much has been said about the chapter in which El Chavo del Ocho dies to th...
Key of F: Features and types
In musical notation it is known as a key to the sign used to indicate at t...
The true story of Shiva the Lord of Destruction
One of the most enigmatic, majestic and powerful deities in Hindu myt...
Curiosities of the Middle Ages: strange fashions and customs
The Middle Ages is a time of history that has inspired countless films, bo...
Bibliography ►
Phoneia.com (September 11, 2019). Fun facts about Justin Bieber. Recovered from https://phoneia.com/en/curiosities/fun-facts-about-justin-bieber/

This article was published by Phoneia, originally published in and titled "Fun facts about Justin Bieber", along with 18987 other articles. It is an honor for me to have you visit me and read my other writings.
◄ The true story of Barbie and Ken
Examples of how to make Whisky-based cocktails ►