How to use WhatsApp Web on an Android tablet 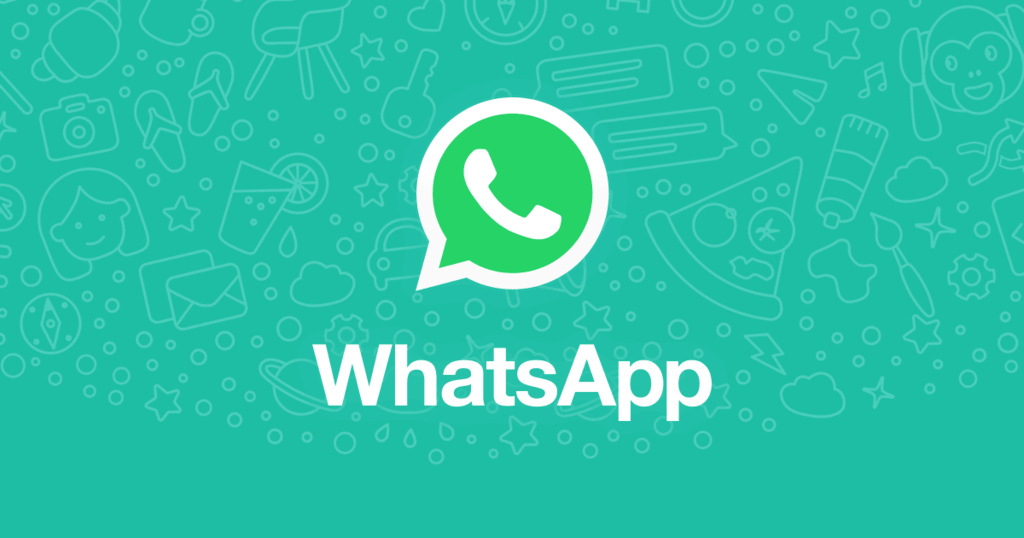 If you’re one of those users that uses a Android tablet to work or taking notes, surely you have noticed that there is no application for WhatsApp for tablet. You can using the APK and install it as you normally would on a mobile, but that involves stay without WhatsApp on phone until get the multi-platform support and not being able to chat (unless you always have WiFi or your tablet is LTE).

There is a much easier way to have WhatsApp on an Android tablet: using the web version. But the web version is not for browsers of PC? Yes, that’s right, but one of the benefits of Google Chrome (which you surely have pre-installed in your device) is that you can force the web version of any page, including that of WhatsApp.

as simple as making two clicks 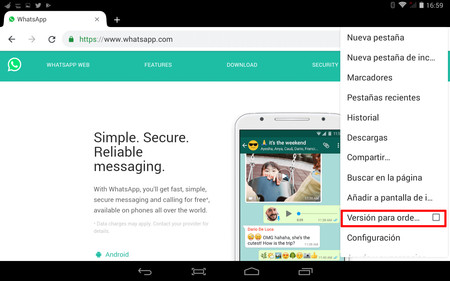 The first thing you should do is go to Google Chrome and open a new tab. In it, go to web.whatsapp.com. You will see that you will not be charged WhatsApp Web, but a landing to download WhatsApp from Google Play. To force it, tap the three dots in the top right corner and select the “desktop Version”, as it appears in the screenshot above.

How to use WhatsApp web from your mobile

Immediately, Google Chrome reloads the page and displays the QR code that you scan from the app WhatsApp from your mobile. As easy as this. All your chats and groups will appear on the screen and you will be able to access them as if you were using the mobile. In fact, if your tablet is compatible with peripherals you can connect a wireless keyboard and a mouse USB OTG. 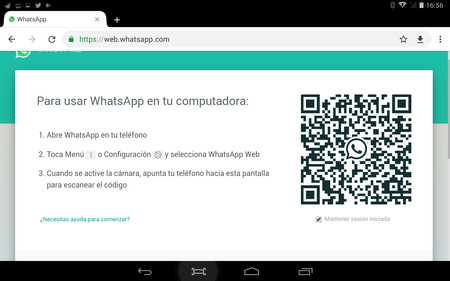 Now you simply have to scan the QR code from the app of WhatsApp on your mobile and ready.

Now, you must take into account a number of things. is WhatsApp Web has some limitations with regard to the app for your smartphone, such as not allowed to use stickers custom or drinking of the connection of the mobile. If the phone runs out of battery or you are disconnected from the network, you will not be able to continue using WhatsApp Web on your tablet.

even Though we have used Google Chrome to illustrate this article, you can carry out this process in any web browser that allows you to request the desktop version. Come on, if you’re using Firefox or Brave you can also do it. As you can see, it is as easy as it seems and is a temporary solution until WhatsApp implement the support for multiple devices simultaneously.

How to use WhatsApp web from your mobile

–
The news How to use WhatsApp Web on an Android tablet was originally published in Xataka Android by Jose García Nieto .

phoneia.com (August 29, 2019). How to use WhatsApp Web on an Android tablet. Bogotá: E-Cultura Group. Recovered from https://phoneia.com/en/how-to-use-whatsapp-web-on-an-android-tablet/